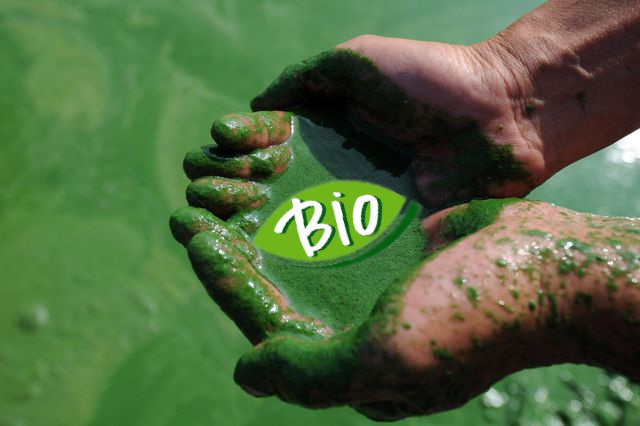 Our peasant spirulina, organic or not organic. So many distributors stamp their spirulina with an organic label, what is it really?

Organic spirulina not for us?

What is organic spirulina?

A production of food without using synthetic products (fertilizers or pesticides), which make them grow, or which treat them. Any input must come directly from nature. So that specifications must be respected. The latter sets the use of the rules of organic farming to be implemented. And then, to have it verified by a certification body.

Many specifications for organic

Several types of specifications exist. Some are official because they are recognized by Europe, as evidenced by the “AB” or “European leaf” logos. So that their content is public and validated by the institutions. Very many others are private, their content is sometimes known, sometimes held in the greatest secrecy.

An unconvincing first attempt at organic made in France

Since 2014, the creation in France of units capable of producing minerals compatible with organic farming has made it possible to put organic within reach of all spirulina growers. The French Federation of Spirulina had submitted a specification, entitled: "organic spirulina" in May 2015 at the INAO. From now on, its validation is no longer possible because spirulina has been classified as “seaweed” by Europe. This classification allows the import of spirulina produced outside Europe, with an organic AB label or/and European leaf thanks to "equivalences". Admit that this is causing trouble for organic spirulina.

Towards an “organic spirulina” specification recognized by Europe?

Following text taken from the Extract from the CESE which comments on the subject in its report on organic labels:

"In theory, the European logo (leaf) offers the same guarantees (absence of pesticides, attention to animal welfare, etc.) as the French AB label. In detail, organic meats and vegetables from countries outside the EU can benefit from 'an equivalence.' The European Commission then considers that the controls of the countries of origin are sufficient. Which is far from satisfactory. We have seen in particular that organic spirulina from third countries could pose health problems", points out the co-rapporteur of the EESC.

What is our positioning as a small spirulina producer?

The “Spiruliniers de France” would like a local and fair organic label while French industrialists are ready to embark on "organic at any price".

We, producers, persevere and work for the recognition of our specifications developed over many years, and truly corresponding to what should be, technically and ethically, an organic spirulina.

The Spirulina of France "does not adhere" to the "MARINE ALGAE" specifications as they stand and which are imposed on them by Europe for organic farming. Because this "European" organic specification is anything but ecological, it is the theory of organic without guarantees for the planet and the consumer. Indeed, the CDC imposes the addition of organic matter in the culture media, which leads to changing the media very frequently, i.e. ten times more water consumed and above all rejected with charged effluents to be reprocessed. Point of essential ecological stumbling block that we have been highlighting since May 2015 with the organic authorities with the FNAB.

We, the “Spiruliniers de France” also claim the status of "Cyanobacterium" and not that of "Marine Algae" with the specificities of environments and cultivation techniques which are those of small peasant farms which are very different from industrial methods. We have asked for rules details for spirulina which are awaiting responses from the authorities.

We therefore continue our path for an organic label consistent with our peasant production.

Support our approaches, our actions: we are on the right track!

Here are some other articles you may be interested in: